The Dumbbell Obedience Club is based in Langley, British Columbia, Canada

The Objectives of the club are the encouragement and development of dogs by: The club started in the Summer of 2000 when a few like-minded dog enthusiasts (Gloria & Stephanie) got together and put on a one-rope ring match in Donna Bradley’s backyard. In the Fall of 2000, Gloria and Stephanie had a two-ring match held in Gloria’s front yard.

By 2001 we held a match every month. In winter at Cedarwood Stables and in the “good” weather April to September in various parks in Langley. Most of  the Spring and Summer matches were held at the McLeod Athletic Park by the picnic shelter.

Later the Dumbbell Obedience Club became a recognized CKC club and offered drop-in training Thursday nights at the George Preston Center in the Winter and at McLeod Park in the Spring & Summer.

In 2011, the Dumbbell Club held it’s first CKC official show in April at the new show barn in Chilliwack. Later shows were held at the Curling Rinks at the George Preston Center.

The Dumbbell Club has put on an obedience seminar every other year featuring such notable trainers as Janice Gunn and Michelle Pouliot, Jane Killian & others.

For over 10 years the Dumbbell club has put on entertaining shows with their dogs at a variety of Senior homes and any money raised was donated to LAPS (Langley Animal Protection Society).

The club has held sanction matches for a variety of clubs and judges. 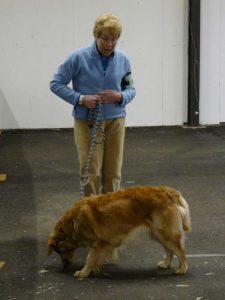 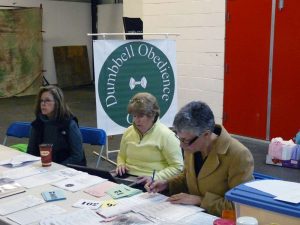 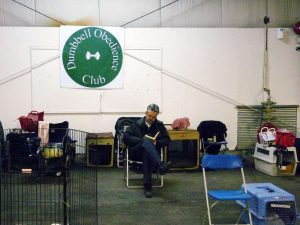 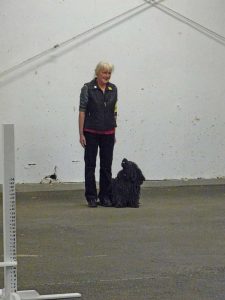 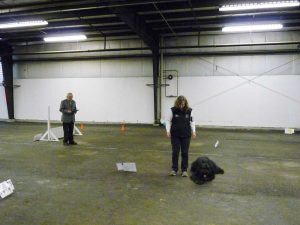 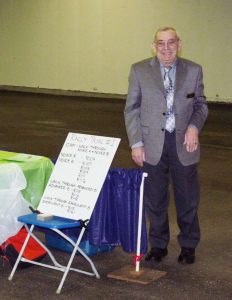 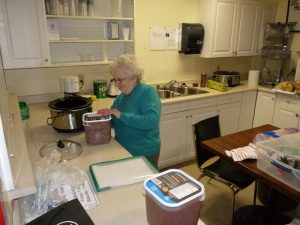